These spinach artichoke mushrooms are easy to make and can be served along with grilled salmon or a salad as a great dinner option. 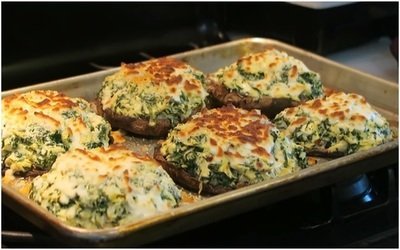 If you are a mushroom lover and also like spinach and artichoke this recipe is just perfect for you. 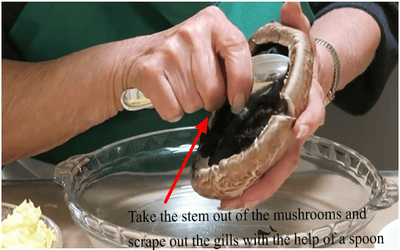 Washing and dry the Portobellos with a paper towel. Then take the stem of the mushrooms out and with the help of a spoon scrape and remove the gills. 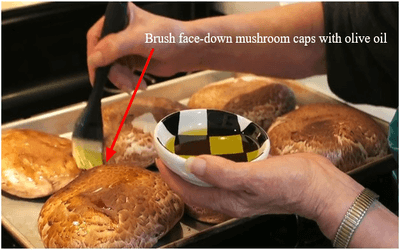 Preheat the oven to 375 degrees F for 10 mins while you brush the face-down mushroom caps with olive oil. Allow the mushrooms to cook on baking sheet for about 10 minutes until it begins to soften. 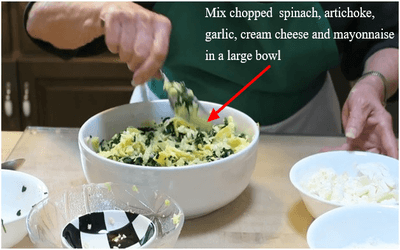 Tip: Frozen spinach was used for this recipe. If you are using fresh spinach, steam and chop the spinach. Put it on a clean kitchen towel and squeeze the water out as much as possible. 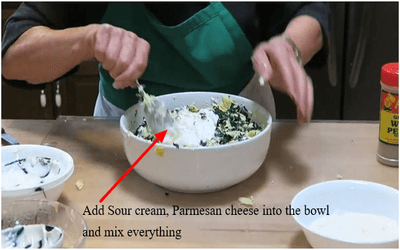 Add sour cream and parmesan cheese to the bowl and mix everything well. 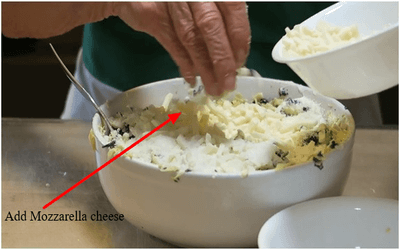 Next its time to add Mozarella to the mix. 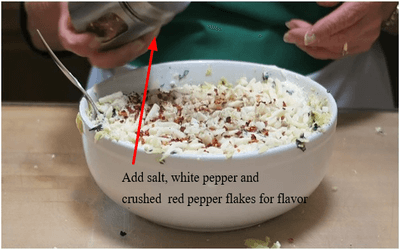 Finally add some salt, white pepper and crushed red pepper flakes to the mixing bowl for flavoring and give it one last good mix. 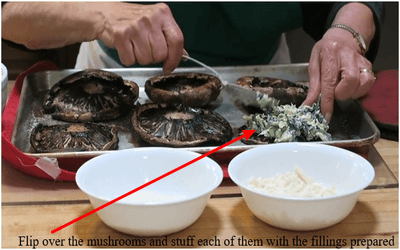 Now take the cooked Portobellos, flip then over and stuff each mushroom well with an equal amount of the spinach artichoke filling prepared before. 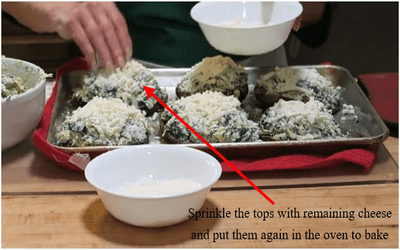 Sprinkle remaining Parmesan and Mozarella on the top of each stuffed mushroom. Return the pan to the oven and bake for 10-15 minutes. 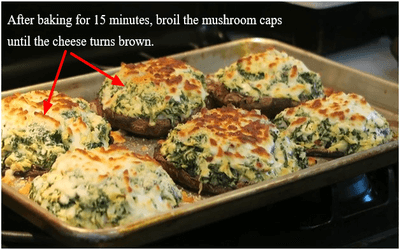 Your delicious artichoke spinach stuffed portobello mushroom is ready to serve. If you have leftover fillings use them as a dip for tortilla chips or anything else you like.

Variations For The Recipe

You can use the same filling for button mushroom or baby portobello and serve them as bite-sized appetizers for a party.

If you are on Keto and want to cut back on carbs, omit the artichokes. You can also replace them with some browned ground sausage. You can also use the mushroom stems, cut them finely and add to the mix as well.

You can also add bacon instead of artichokes to the mix.

If you like breadcrumbs on the top but want to avoid them because you are on keto, add some seasoned pork rinds instead.

Can I freeze these mushrooms to have the remaining next day?

If you want to prep it for the next day, broil them first, stuff and freeze them. You can also freeze the stuffed mushroom, thaw and reheat to serve.

There are so many ways to cook Portobellos. What’s your favorite way?